The alkaloids are low molecular weight nitrogen containing compounds found mainly in plants, but also to a lesser extent in microorganisms and animals; over 27 000 different alkaloid structures have been characterized, with 21 000 from plants. They contain one or more nitrogen atoms, typically as primary, secondary, or tertiary amines, and this usually confers basicity on the alkaloid, facilitating isolation and purification, since water-soluble salts can be formed in the presence of mineral acids. The name alkaloid is in fact derived from alkali. However, the degree of basicity varies greatly,  depending on the structure of the alkaloid molecule and on the presence and location of other functional groups. Indeed, some alkaloids, e.g. where the nitrogen is part of an amide function, are essentially neutral. Alkaloids containing quaternary amines are also found in nature. The biological activity of many alkaloids is often dependent on the amine function being transformed into a quaternary system by protonation at physiological pH values.

Alkaloids are often classified according to the nature of the nitrogen-containing structure (e.g. pyrrolidine, piperidine, quinoline, isoquinoline, indole), though the structural complexity of some examples rapidly expands the number of subdivisions. The nitrogen atoms in alkaloids originate from an amino acid, and, in general, the carbon skeleton of the particular amino acid precursor is also largely retained intact in the alkaloid structure, though the carboxylic acid carbon is often lost through decarboxylation. Accordingly, subdivision of alkaloids into groups based on amino acid precursors forms a rational and often illuminating approach to classification. Relatively few amino acid precursors are actually involved in alkaloid biosynthesis, the principal ones being ornithine, lysine, nicotinic acid, tyrosine, tryptophan, anthranilic acid, and histidine. Building blocks from the acetate, shikimate, or methylerythritol phosphate pathways are also frequently incorporated into the alkaloid structures. However, a large group of alkaloids are found to acquire their nitrogen atoms via transamination reactions, incorporating only the nitrogen from an amino acid, whilst the rest of the molecule may be derived from acetate or shikimate; others may be terpenoid or steroid in origin. The term ‘pseudoalkaloid’ is sometimes used to distinguish this group. 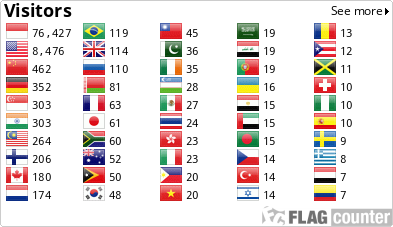